Prime Day is when ?

The gross commercialists among us will point to Monday and Tuesday July 15 & 16 as "Black Friday in the Summer" when Amazon will have its Prime Day(s) . . . but I think free shipping is not really much of a deal these days.

Rather, after the debate on Saturday June 22 between Boris Johnson and Jeremy Hunt, the world will watch and wait  until Monday July 29 when the votes are counted and the next Prime Minister is declared.

The timeline of the voting is at

What could be a political upset is that polls in Scotland show 51% are against Independence.  But this same polling indicates that if Boris Johnson becomes PM, then it swings 53% will want independence.  It seems Boris Johnson burned some bridges with an offensive poem about Scots.

Here is another article about Boris Johnson's Fame-Glorious, Vain-Glorius Striving for Public Attention

And so, we all have to see how my good friend Larry (who really pulls the strings at 10 Downing) will react to all this hubbub.  If Larry is unknown to you, you have to bone up on the personalities that control Britain and the public's attention. 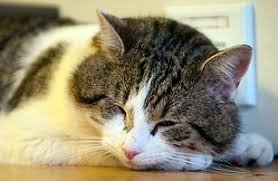 When asked for comment, Larry was mum about the subject of a new PM.  Many speculate that he will take it in stride, as he has seen so many in the role of PM come and go from 10 Downing in his time there.

Note that both candidates have D O G S