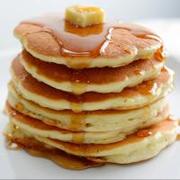 The Dominion of Canada was formed by the British Parliament on July 1, 1867 via the British North America Act (now known as the Constitution Act). The Act merged New Brunswick, Nova Scotia, Ontario and Quebec.

In 1868, Governor General Lord Monck signed a proclamation calling on Canadians to celebrate its formation. But it wasn't until 1879 that the federal government first recognized Dominion Day.

Over time, Canada gradually became independent from Britain, and Dominion Day was officially changed to Canada Day in 1982.

So today is the day to celebrate with some Maple Syrup flavored Beer.