Crossposting 5$ - Celebration of General Meade IS BY INVITE ONLY 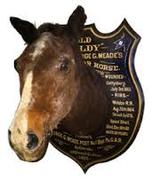 SORRY TO SAY THAT BECAUSE OF COVID REGULATIONS,

THIS EVENT IS NOW

In that light, General George G Meade who defeated General Lee at the Battle of Gettysburg, is turning 205 years old on Dec 31st, 2020 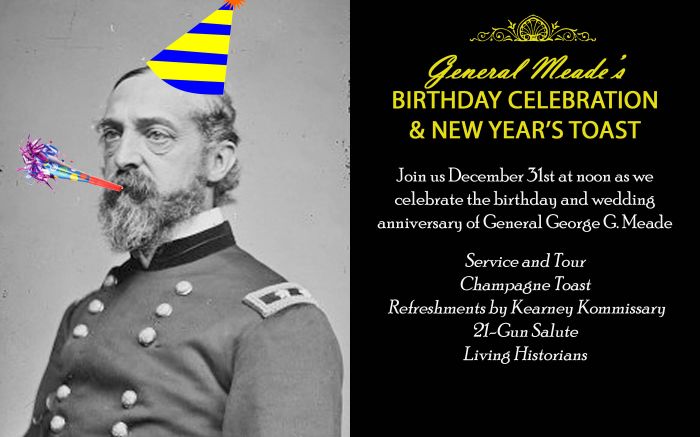 The great man did not drink whisky or beer, but only drank champagne when he did drink, so we toast him with champagne. Note that Beer will also be available. Great food, drink and company will abound, just for a picture of President Lincoln ( $5 ) !

Tickets on the website are suggested, and there is a $5 cover charge, since quantities of Champagne will be distributed and consumed. There is no charge for those who come in civilian or military attire of the Civil War.

P.S. The picture is of the General's devoted horse, Old Baldy, a survivor of many wounds from many civil war battles including Gettysburg. He is the only civil war participant around today which you can look eye to eye with.

Old Baldy is also available to answer any question you have about the civil war, but he is a little slow to respond.

Unfortunately, I hear he will not be attending the ceremony because of his current mobility problems.