Austin Norman Palmer (December 22, 1860 – November 16, 1927) innovated the field of penmanship with the development of the Palmer method of script.

He noticed that the Spencerian script was impractical, with many flourishes, especially for businessmen and clerks.

So he developed the Palmer method of script, which was simple and had no intricate flourishes. His script has been very important in the history of handwriting / penmanship.

It was also when a Gold Medal was given for .... Penmanship in Book Form

The Palmer method developed around 1888 was formally  introduced in the book "Palmer's Guide to Business Writing (1894) " and was awarded a Gold Medal in 1926 at the Phila Expo of 1926.

Before this, from about 1840, the Spencer Method ( think of the Ford Logo and the CocaCola Logo ) as the defacto style of writing in America. 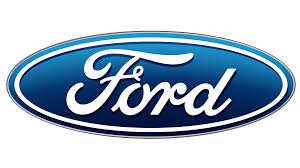 And then in the latter half of the twentieth century, the Zaner-Bloser method and the D'Nealian method contended for students' attention.

Now, our phones and computers are the contenders.

For kids, check out https://palmermethod.com/